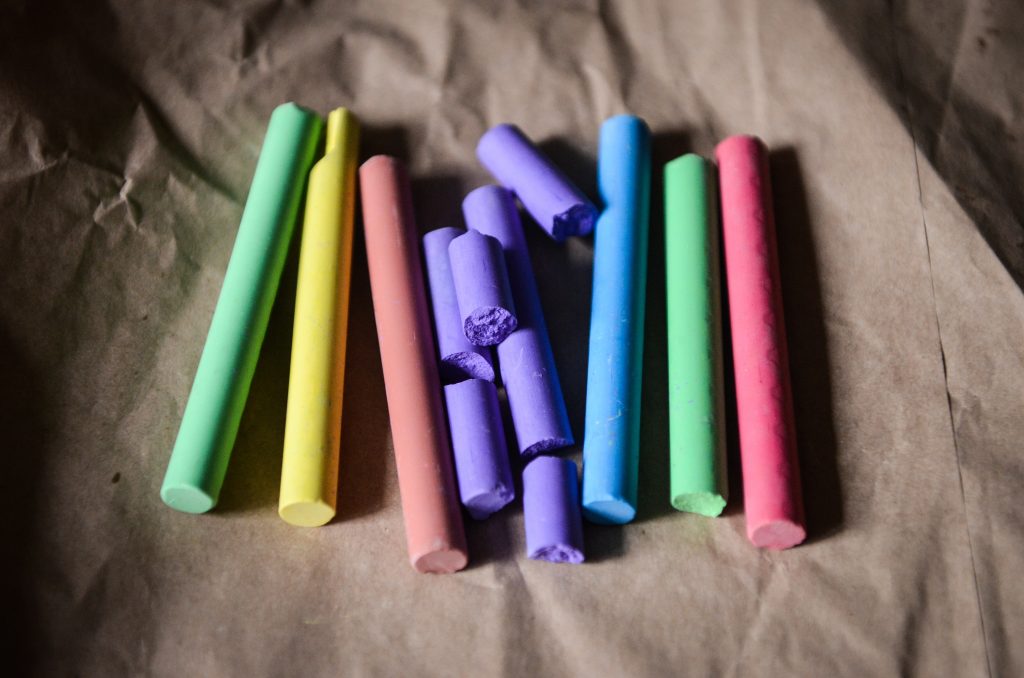 Knowing something is different than knowing the name of something.

Faynman said that his technique would ensure that he understood something better than everyone else.  It helped him learn everything deeper and faster.

Well, if you’ve read many of my blogs you’ll know that ridiculously humbling is a good place to be.  Let’s take a look at the Technique.

Step 1: Teach it to a child

Faynman says “Write out what you know about the subject as if you were teaching it to a child. Not your smart adult friend but rather an 8-year-old who has just enough vocabulary and attention span to understand basic concepts and relationships.”

My daughters may not even remember these moments of learning or certainly may not remember them the same way but that’s OK because we know that everyone’s memory is unique.  So, here’s my memory.

When my daughters each hit about fifth grade they came to me with a school topic where they were struggling.  By the time my daughters were this age I had finished my engineering degree from Michigan and had already been in the work place about 15 years.  I knew a lot of stuff (or thought I did).  So, I would begin to explain the subject from my point of view and experience level.  After a few minutes of me pontificating I could see their eyes glaze over and they soon would say “You’re no better than everyone else.  I still don’t get it.”  After being humbled I asked to see their text book and would quickly scan ahead a chapter or two.  I than would think about what they needed to learn to be ready for the challenge in the next chapter.  When I focused on where they were and what they needed to learn at that moment, I discovered that their learning quickly accelerated as they moved from chapter to chapter.

I was recently consulting with one of our best known high tech firms.  The team I was working with was trying to sell their technology into one of the oldest, most successful heavy industrial manufacturing firms.  Upon returning from a meeting that didn’t go well, the team leader said to me “They are so un-savvy”!  I told him my “Teaching a fifth grader story.”  As he listened quietly his eyes began to grow wider and he finally proclaimed, “We haven’t been trying to teach them the next chapter, we’ve been trying to teach them from a book that’s being written as we go!”  He quickly pulled his team back together and focused on what “chapter” their client was on and how could they quickly teach them what they needed to know for the next chapter.  They began to have great accelerated success with that client and built a great bond of trust.

We’ve all become experts in our field.  (I remember seeing a porta potty with the proclamation on the side “Outstanding in the Field”)  Don’t use the language and concepts you’ve come to know.  Figure out how to teach them to a fifth grader.  If you can do that, your own learning will go deeper and deeper as well.

We’ll save the other two topics of Review and Organize and Simplify for future posts. 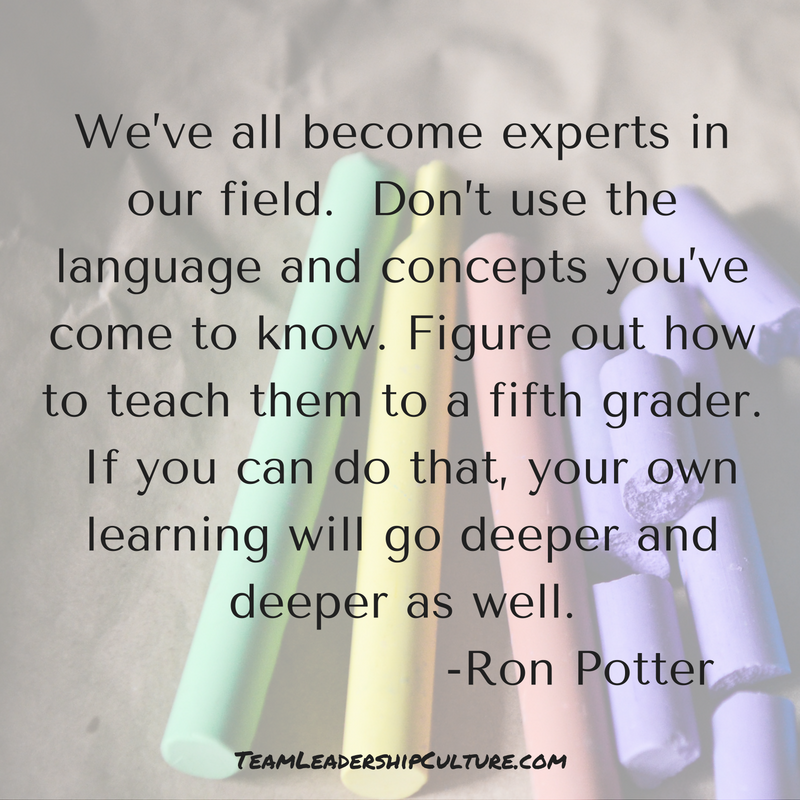 The two pillars of great leadership

A Legacy of Trust

The Power of Positive Feedback