I’ve shared in the past that the name of my company, Team Leadership Culture, is in that order for a reason. I firmly believe that building great teams is the key to success for any enterprise. I’ve never really had anyone disagree with me on that issue.

Yes, there have been the hard-driving bosses (notice I didn’t refer to them as leaders) who tell me that “The difference between success and failure it’s about getting people to do what they’re told to do.” There’s really nothing I can say or do in those circumstances. I usually just wait and then help pick up the pieces. Believe me, great teams make the difference.

So why is it so hard and requires a continual process to build great teams?

One of the main reasons is that:

The tricky part is that it’s not always the same person at any given point in time.

Sometimes the team will enter a high-risk situation. One that will require a decision when there are still a lot of moving parts or there is still a great deal of ambiguity. It might be the most risk-averse team member that causes the delay that brings about failure.

Sometimes it happens in times of great success when one person feels they didn’t get enough credit for the success or their contributions were not appreciated. This can create a smoldering resentment that will cause failure in the near future.

Successful teams are constantly “sharpening the saw.” You might recognize that statement as number seven of Steven Covey’s 7 Habits of Highly Effective People. His point is that even though you build in the other 6 habits, you need to constantly sharpen the saw. You need to constantly review your effectiveness then learn, grow, and get better. Teams need to do the same.

Teams need to speak the truth to each other. This attribute falls away quickly by the error of omission. Not saying something when something needs saying.

Teams need to hold each other in high regard. This disappears almost instantly when someone feels slighted or under-appreciated.

Teams need to constantly work the friction out of the systems. As soon as the lack of clarity or ambiguity creeps into the system, friction is created.

Teams need to reach unity and reinforce commitment. Without either you haven’t really accomplished team!

Teamwork is hard, but teams are the most important aspect of success. Work hard and constantly on building team. 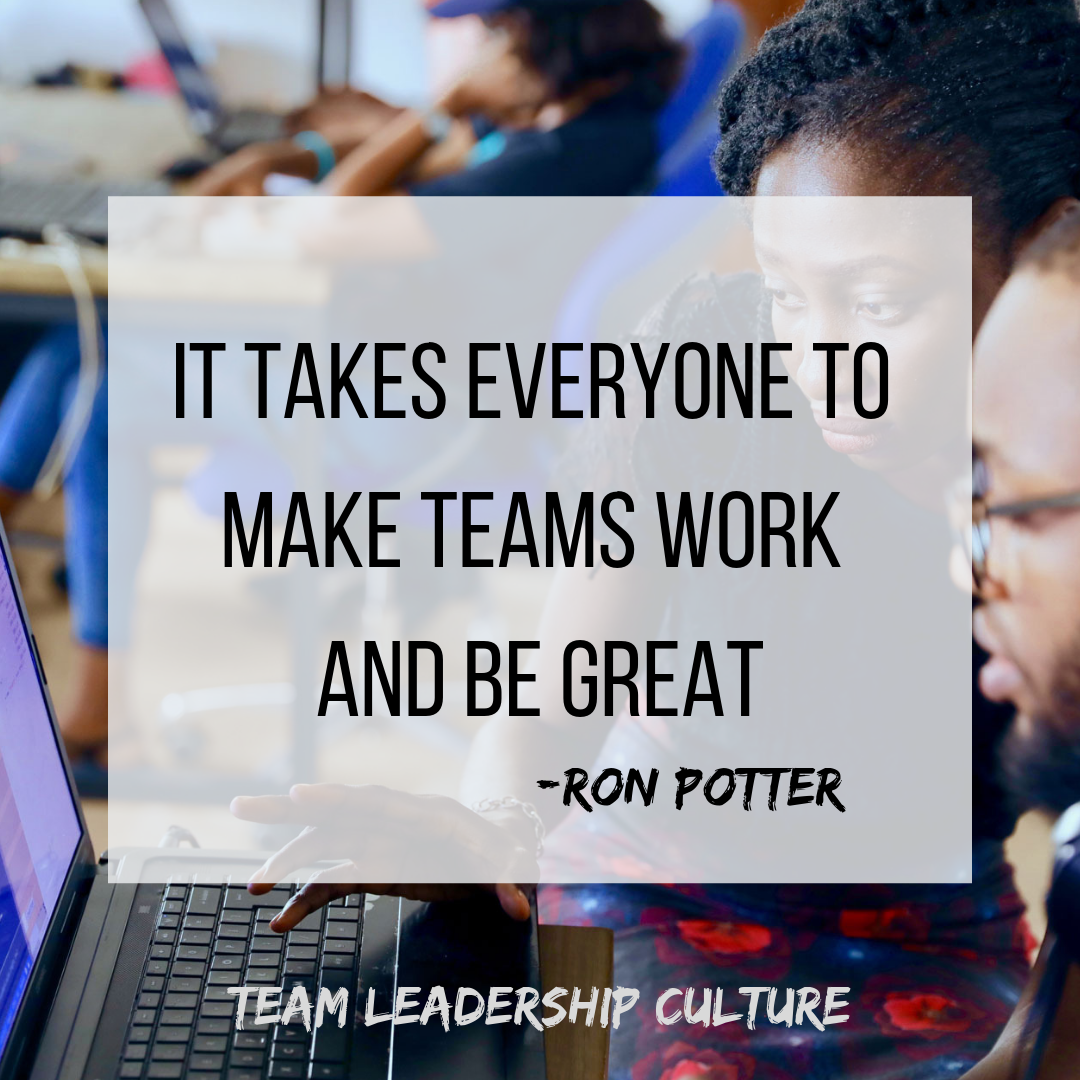 Leading Others By Putting Them First: Part II

How Big is the Pie: Rewards of You-First Leadership

Are you happy with your career?

We’re not in Kansas anymore